Previous ArticleBible Study Basics for Writers: Part One with Eric Gagnon
Next ArticleThe Greatest Gift You Can Give Your Audience 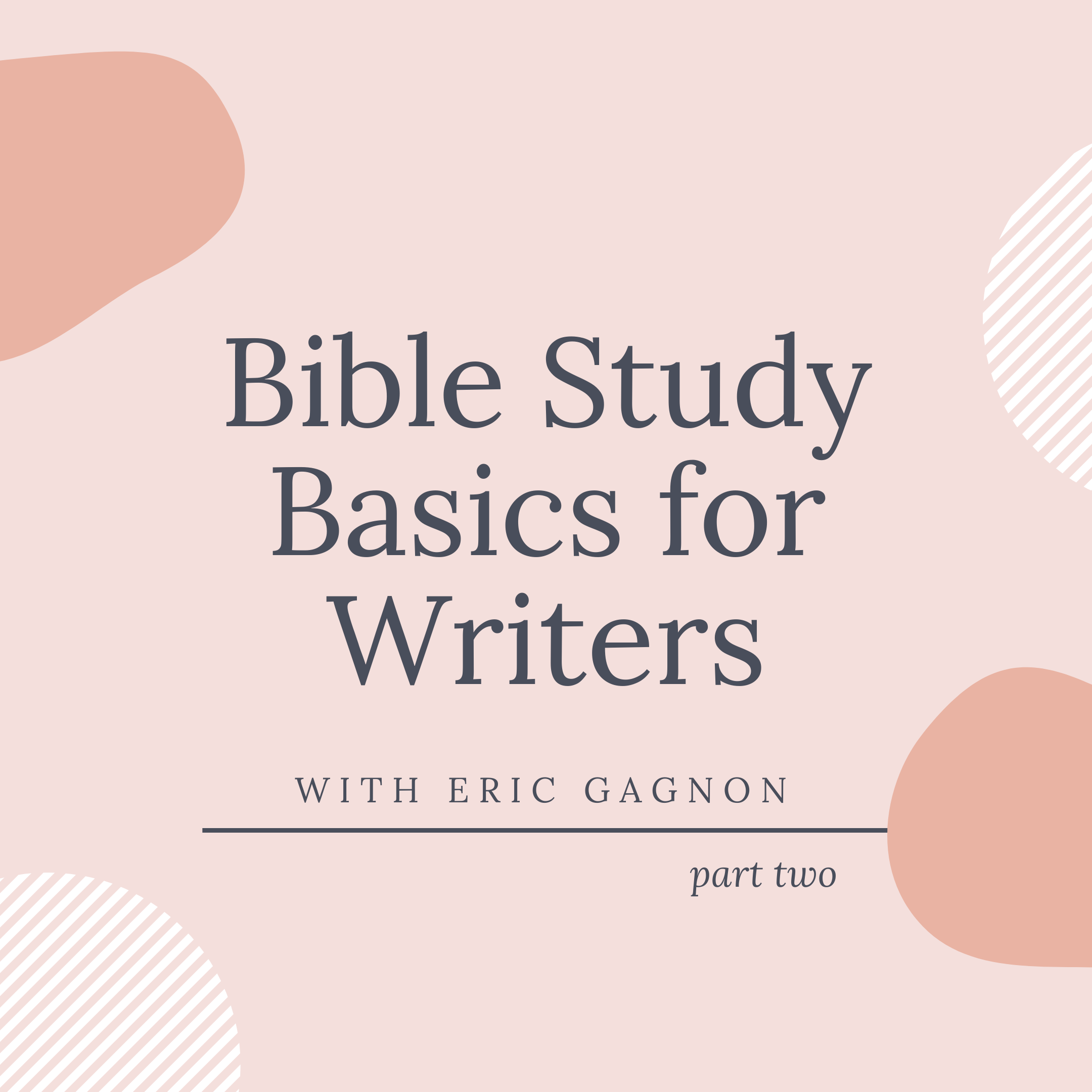 Note: This week and next week, the COMPEL Blog will be publishing part two of Bible Study Basics for Writers by theologian Eric Gagnon. Eric is a former pastor and currently serves at Proverbs 31 Ministries as the Theological Content Manager for the First 5 App. Eric has a Bachelors Degree in Church Ministry and a Masters in Theology from Gordon Conwell Theological Seminary. This week, Eric will guide you through the basics of understanding historical context and literary considerations. Click here to read last week’s post including the first rule of Biblical interpretation, understanding grammatical context.

After reading your scripture passage, surrounding passages, cross references, other versions, and perhaps even the original languages, jotting down your notes and observations, the best place to go next are Bible Commentaries by recognized Christian scholars.

I first want to point out that Protestants typically believe in the perspicuity, or clarity, of Scripture. The Westminster Confession of Faith explains what we believe when we speak of the perspicuity of Scripture: “All things in Scripture are not alike plain in themselves, nor alike clear unto all. Yet, those things that are necessary to be known, believed, and observed for salvation are so clearly propounded, and opened in some place of Scripture or another, that not only the learned, but the unlearned, in a due use of the ordinary means, may attain unto a sufficient understanding of them.” In other words, not everything in Scripture is easy to understand, but what we must understand in order to be saved is clear. [1]

The unlearned and those without access to commentaries can still preach God’s Word. But since God has seen fit to provide most of us with commentaries, we are wise to use them to enhance our ability to communicate God’s messages to his people. We consult commentaries to hear what the rest of the Church has gleaned from studying God’s Word. We take our study out of a vacuum and participate with Christ’s body, the Church, as it proclaims the gospel in the world.

I recommend reading at least 3-4 commentaries on any passage you plan to teach on. Please also use good judgment with what commentaries you select and read them critically. A professor of mine used to say that if you agree with everything in a book you either didn’t read it, or you wrote it. Here is a list of commentaries I personally recommend.

Be careful with prooftexts.

Reading commentaries provides us with more context than we receive simply by observing the Scripture. Theologian Dr. Donald A. Carson attributes his father saying, “A text without a context is a pretext for a proof text.” In other words, writing a sentence and then citing a Scripture after that sentence without providing the background and circumstances of that Scripture is a poor justification for whatever is being taught. All Christian Bible teachers use prooftexts from time to time. I’ve used them throughout this very article! They ought to be used carefully after those passages have been studied, but we often use them to keep the flow of thought going, and we don’t always provide context. The point is that a teaching that consists of prooftexts without context may still be helpful in some ways, and thought provoking, but may or may not be something God’s Word teaches. This very article is such an example of this. A certain level of trust is being given to me to explain some general principles I’ve found over the years on Biblical interpretation, but I’m claiming these principles are only generally true. In other words, this article is not a teaching on a passage of Scripture. I started with what I wanted to say and I’m now attempting to prove that to you based on experience (which happens to include studying the Bible). This is okay, as long as we all understand the difference between this article and a faithful Biblical teaching on a passage of Scripture.

Commentaries by Bible scholars provide us with research that is not always given to us in the Bible about the passage we are teaching on. There are six or so categories of information that we should be familiar with when teaching Scripture such as authorship, date, setting, purpose, audience and themes:

In recent days the Bible has been classified by its various literary genres.

Let’s conclude with a couple examples of commonly misinterpreted Scriptures:

In summary, having studied the grammatical, historical and literary context of a passage, we are far less likely to twist the Scripture into saying what we want, but will faithfully proclaim God’s message of the gospel, which is all we are called to do. “Go into all the world and proclaim the gospel to the whole creation.” (Mark 16:15)

Does Your Writing Rightly Handle the Word of God?